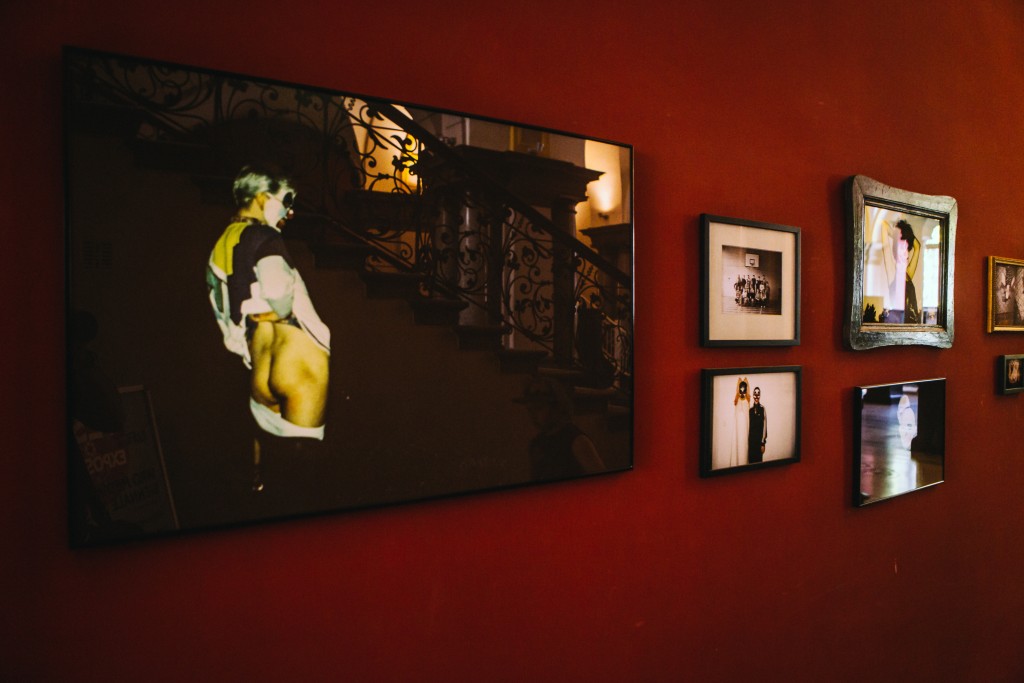 WHAT HAPPENED WILL NOT UNHAPPEN

A series of photographs showing group of naughty ruffians who roam around the city by night. They form peculiar company of a wreaking havoc – in gaudy costumes, with faces hidden behind the clownish make-up. Sadistic and gentle, serious and frivolous, mercenary and naive. They act like oppressors who fall into their own trap every now and then, like victims of their uncontrolled behaviours, outbursts, instincts and obsessions. The series of portraits also include the photographs of animals: another representations of the „trickster”, the mythological ancestor of jesters, rogues and clowns.

Irena Kalicka (PL), born 1986 in Kraków. Graduate of the Lodz Film School, where – in 2010 – she received her bachelor’s degree in the studio of Prof. Grzegorz Przyborek, and in 2013 her master’s degree in the studio of Prof. Józef Robakowski. Her works were shown in Poland and abroad as part of individual exhibitions, such as: “Goosebumps” (Profile Foundation, Warsaw, 2014), “I did not have sexual relations with that woman” (SKI Studio, Krakow, 2014), “Self-Portrait” (Pauza, Krakow, 2012), “Totalizator” (As Gallery, Krakow, 2012), and group exhibitions, such as: “Future Condition: from reality to algorithm” (Photokina Academy, Cologne, 2014), “Home-made Photo-theatre” (Voies Off, Arles, 2014), “Estrus and Promiscuity” (CSW Project Room Centre for Contemporary Art Ujazdowski Castle, Warsaw, 2013), “There Will Be A(rt)ction: The 2013 Collection” (Bunker of Art, Krakow, 2013), “Art of Exchange: Józef Robakowski’s Collection” (Profile Foundation, Warsaw, 2013), “Mum, I Just Really Need to Focus on My Art Now” (City Gallery Arsenal, Poznan, 2013), “Tribute to Robakowski” (Lokal_30, Warsaw, 2013), “In the matter in\visible” (Photokina Academy, Cologne, 2012), “Fairy Tale Element” (Museum of Contemporary Art, Wroclaw, 2012), “Disconnected Images/Rozłączone obrazy” (BWA Galleries of Contemporary Art, Bydgoszcz, 2011), “The Belly of Atlas” (Art Atlas, Lodz, 2010). Member of the Strupek art group. She lives and works in Krakow.