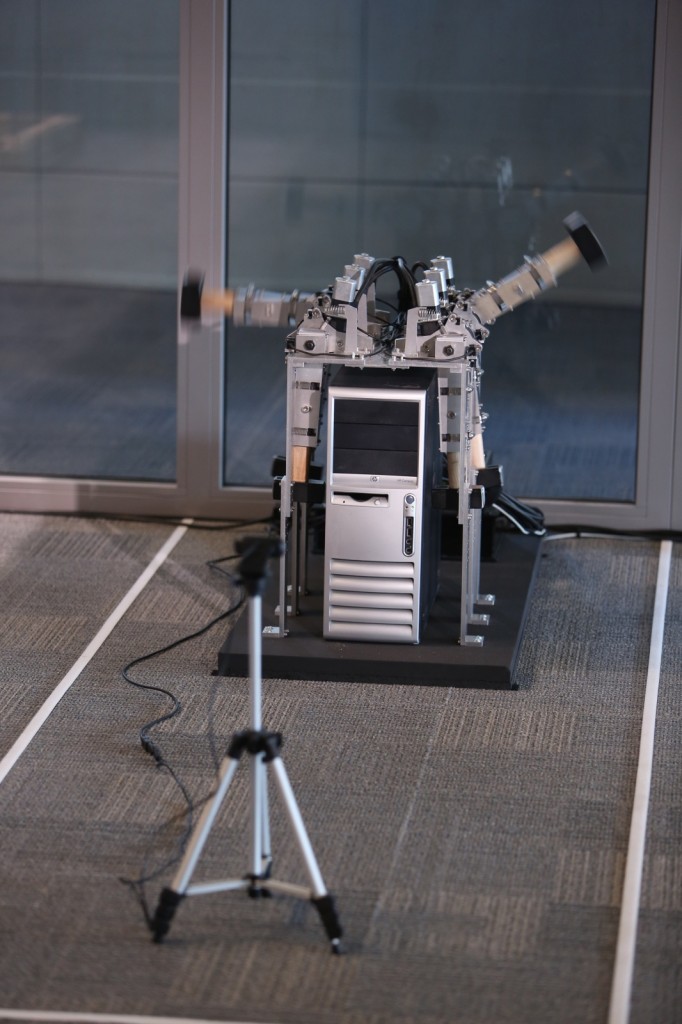 The visitors of the website www.ugsd.net can trigger six hammers and drop them onto a server that is located in the exhibition. This server hosts exactly the same website www.ugsd.net, which also shows a video stream to follow what’s happening with the piece. The installation ends when the server is destroyed and thus can not host the website any more. It is then presented as an object along with the documentation of the process.The internet is a continually growing network of servers spread all over the world. There are users and the providers, supplying the network. Usually, it is just possible for computer viruses and very qualified users to attack and destroy highly protected servers that are locked in well-secured places. With User-Generated Server Destruction every user has the possibility to erase one of this servers and thereby shrink the worldwide network for a short moment.

Stefen Tiefengraber (AT), born 1981 in Baden. After working six years in a film production company he changed his main place of residence to Linz, where in 2010, he started studying Timebased and Interactive Media at University of Art and Design Linz. In 2012/13 he took part in an exchange program at the Korean National University of Arts in Seoul. Stefan Tiefengrabers art works go from performances to interactive installations to time based media like documentaries and experimental videos. This works have been exhibited at Ars Electronica Festival (Linz, Austria, 2014), O’NewWall Space (Seoul, Korea, 2013), Piksel Festival (Bergen, Norway, 2013). He was nominated to various awards: Prix Cube 2014, Issy-les-Moulineaux (2014), New Technological Art Award (Ghent, Belgium, 2014).