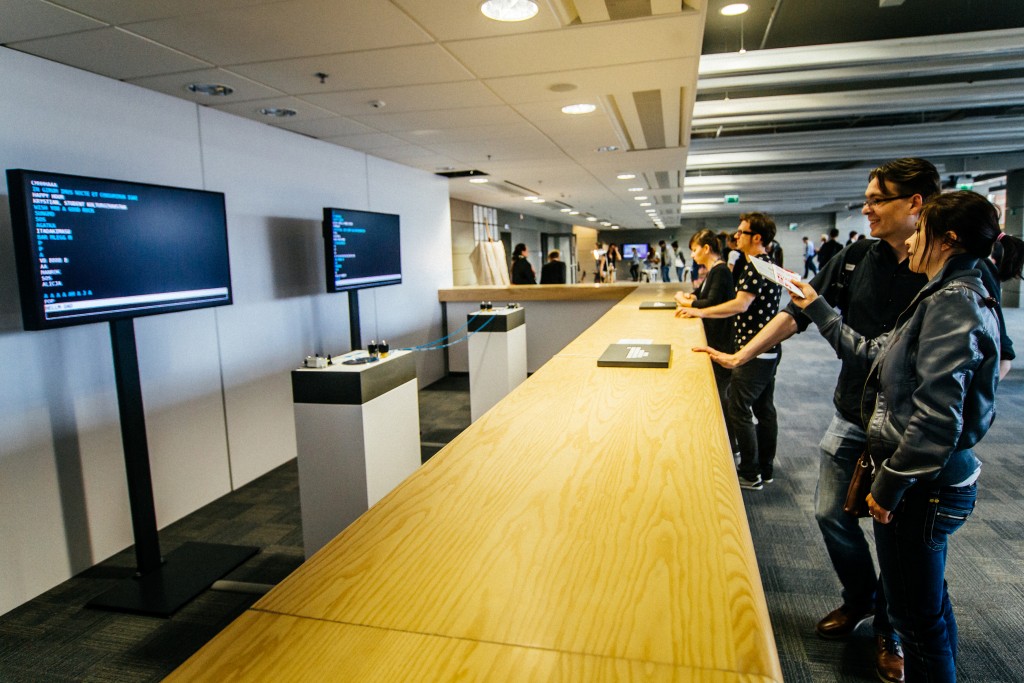 This communication system applies Marshall McLuhan’s famous dictum “the medium is the message” – in this case via a novel, parodic and retrograde medium expressly chosen to observe its effects on the messages conveyed. It is its dual nature, at once medium (process of transmission) and message (text generation), that is at the very heart of this artistic project.

Our installation provides a network on which to send and receive short messages (80 characters maximum) between two posts, enabling two participants to chat simultaneously. Their messages are Morse-coded in the form of packets of air and water flowing through a pipe, which are subsequently sucked in by a pump and passed on to the receiving post to be decoded into text.

We have deliberately chosen an artisanal means of communication that is likely to produce transmission errors, “bugs” that form an integral part of the project and serve as a source of unexpected twists and inspiration for the participants.

Cécile Babiole (FR), born 1956 in Paris, a French visual and sound artist. She deals with installations, video, and performance. She is the cofounder of the industrial music group NOX (1980). What is characteristic of her work is the fusion of image and sound. She began with making video art, 3D animations and films to then start creating dynamic, real-time audiovisual installations.

In 1989, she received an honorable mention of the WRO 89, the first edition of the International Media Art Biennale WRO.

She lives and works in Paris.