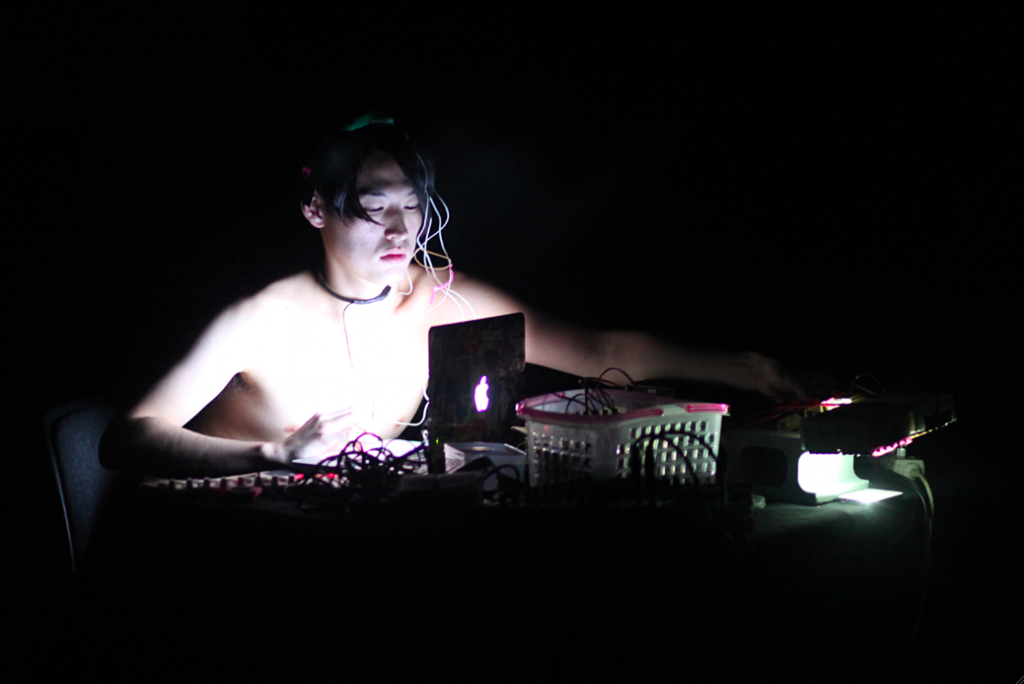 A noise performance in which artist he uses the normally non-audible inner creak sounds created by movements of the bones in the cervical spine. The sound is audible to the audience due to special supersonic wave speaker attached to robotic arm the movements of which are synchronized with the head movements of the performer. A live broadcasting from the inside of the artist’s body forms a noisy spatial sound performance.