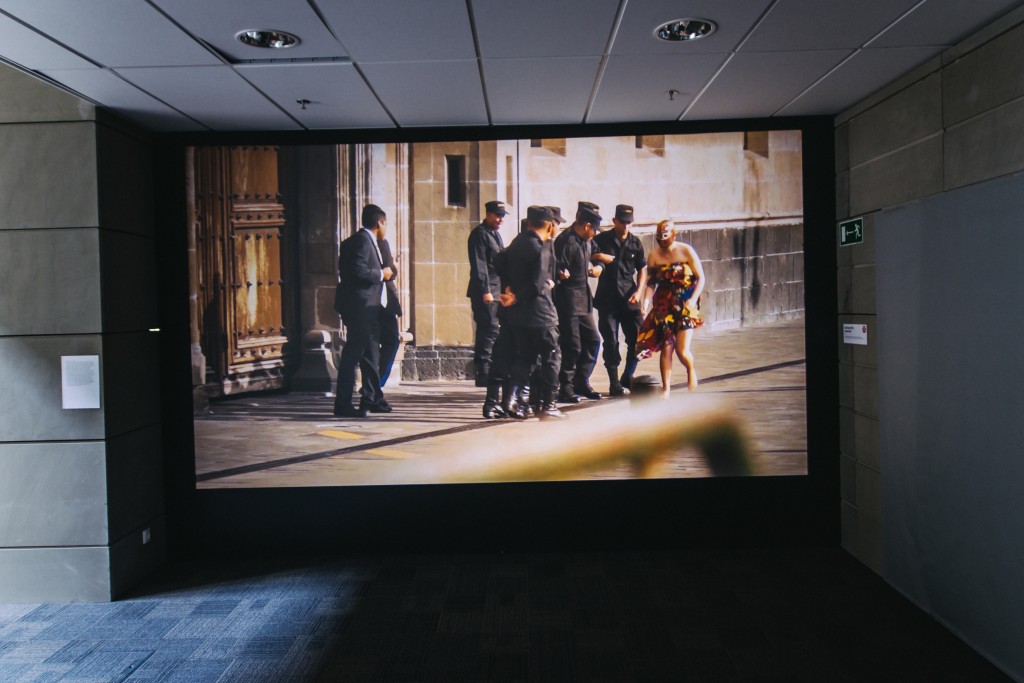 Lucha Libre, or “free fights”, notorious for their lack of regulations and violence inflicted upon the luchadores, or fighters, are part of Mexico’s cultural identity. After the new president took the oath of office, there were barriers set in front of the palace for the new authority feared of the attack of people prejudiced against the new government. The performance took place the day after kidnapping of 43 students who manifested against the education reform (on September 26th, 2014). Two weeks after their burned bodies were found in a mass grave.

Julia Kurek (PL), b. 1984 in Szczecin, a visual artist of young generation, a performer, an author of videos and installations. She graduated with honours from the Academy of Fine Arts in Gdańsk (Faculty of Sculpture, specialization: Intermedia) (2009). She also studied at the Marmara Universitesi in Istanbul (2008—2009). In 2012, she completed her doctoral studies at the Faculty of Sculpture, Academy of Fine Arts, Kraków. She currently teaches 2D animation at the Polish-Japanese Academy of Information Technology in Warsaw. She is quite active in the exhibition spaces. She participated in more than 100 exhibitions, festivals, and workshops.