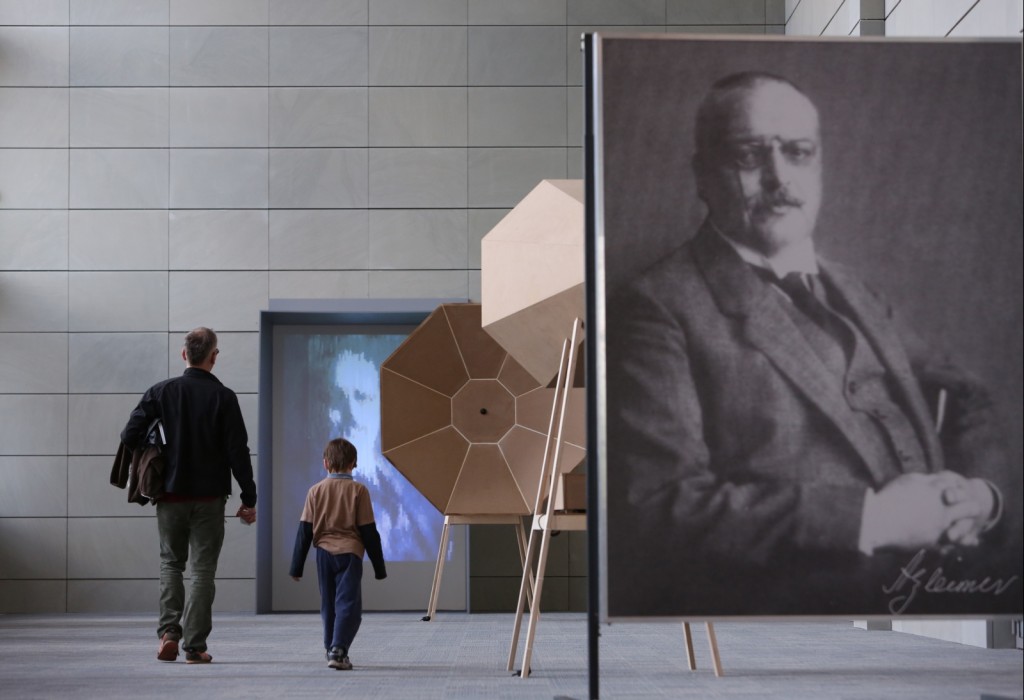 The system consists of a transmitter and a receiver; a still life image is teleported via the device. First scanned it is converted into sound data that are issued in the space of the exhibition. In a second time the receiver attempts to reconstruct the pattern by receiving the best all information. Numerical data in transit became tangible but especially fragile and vulnerable to surrounding noise. Reconstitution carries the stigmas of the trip and the trace of the audience.

Bertrand Planes’ (FR) works borrow from the technology and its uses, in order to better point out their causes and social consequences. They get shape in devices often implying a development, a progression and get the point to question the artistic exhibition background by widening its perimeter towards unexpected places, such as: the CNRS, the Automobile Show, the Citu laboratory (Paris 8), Emmaüs, le Bon Marché. Besides, he co-writes articles issued in scientific magazines. His last exhibitions have been held in Berlin, Saint Petersburg, Copenhagen, Paris, Singapore, Curitiba (Brazil), Moscow.