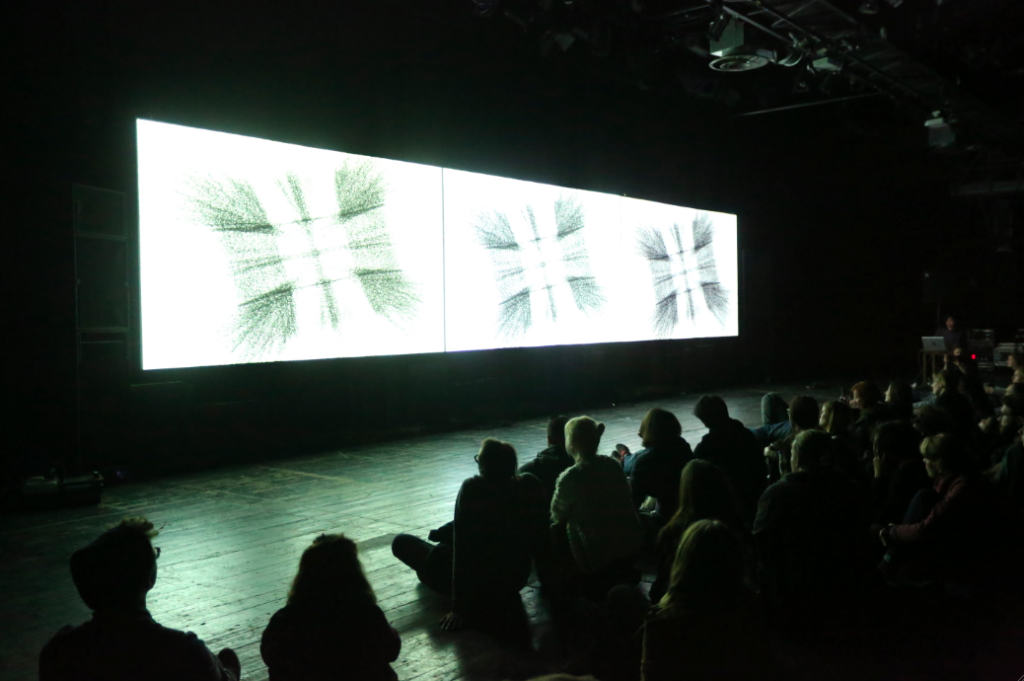 A live generative audiovisual performance, a speculative inquiry into a virtual life form based on a n-dimensional fractal inspired by the Mandelbrot set. Its recursion formula resembles the actions of kneading dough in bread making. Its behaviour is presented in the sensory world through a live “audiovisualisation”, generating both sound and moving image in real-time from the same data without either following the other as in most VJ practice and sound visualisations. No pre-recorded audio samples, conventional synthesis methods, pre-rendered movies or textures are used.

He was originally trained as a classical musician and then branched out into electronic music. His works have been presented internationally at media art and music festivals as well as at academic conferences. He curates exhibitions, screenings, and a series of events called A-B-A featuring performances, talks, and discussions.