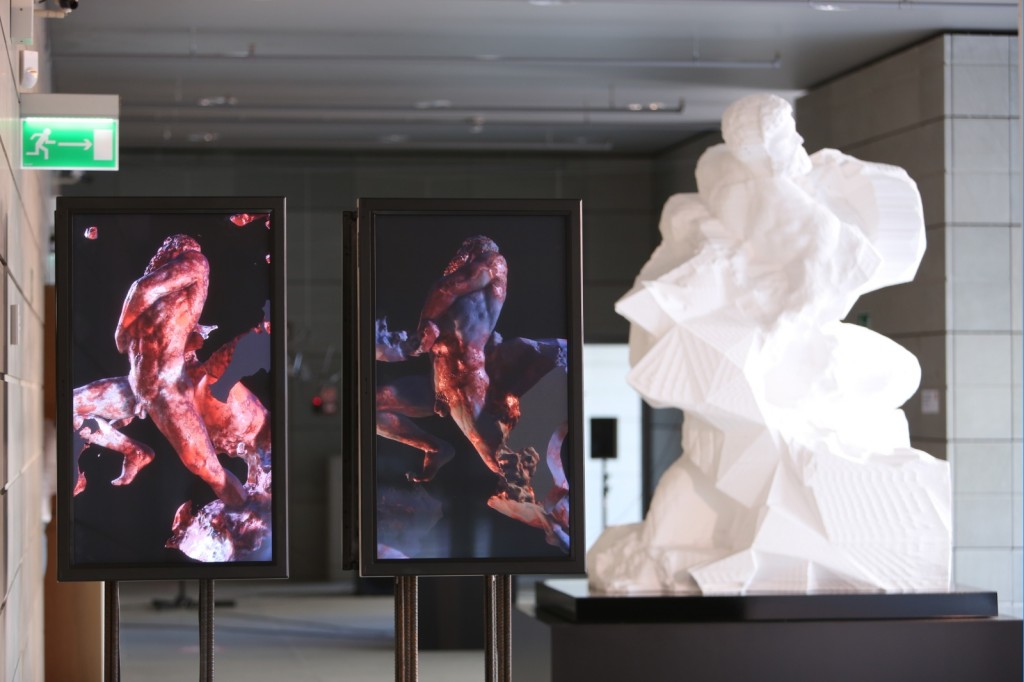 “In every block of marble I see a statue as plain as though it stood before me, shaped, and perfect in attitude and action. I have only to hew away the rough walls that imprison the lovely apparition to reveal it to the other eyes as mine see it. The best artist has that thought alone which is contained within the marble shell; the sculptor’s hand can only break the spell to free the figures slumbering in the stone. The true work of art is but a shadow of the divine perfection.” — Michelangelo (1501)

Captives is an ongoing series of digital and physical sculptures, a contemporary interpretation of Michelangelo’s unfinished series Prigioni (1513-1534) and his technique of “non-finito”.

The work explores the tension and equilibrium between form and matter, man-made objects of perfection and complex, chaotic forms of nature. Whilst referencing Renaissance sculptures, the focus of this series shifts from pure figurative representation to the articulation of matter itself. As in the original Prigioni, the classic figures are left unfinished, documenting the very history of their creation and transformation.