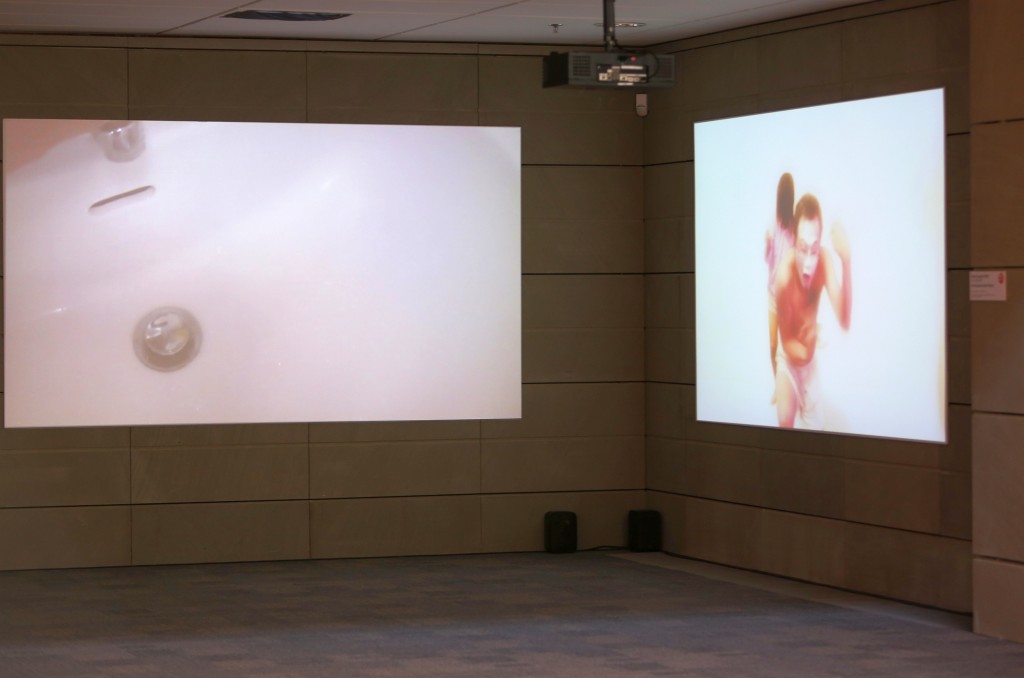 Two perpendicular screens with a video animation. Its dynamic and a bizarre ‘patchwork’ of soft frames make the viewer stop by for longer.

A specific abstraction of the video is a hard nut to crack: at first the frames seem random, but there is a method in this visual madness. The work stimulates the imagination. After repeated viewing, I get an impression that it attempts to capture the stimuli received by a man – as chaotic, violent and intense that their visual recording could resemble such a realization. A way of exposure – somewhat difficult to receive – deepens the issues taken by the artist.

In the last two weeks of the WRO 2015 exhibitions, we are presenting you with the comments on selected works presented in the new building of the Wroclaw University Library. The comments are made by the students of the Art Mediation Department, Eugeniusz Geppert Academy of Art and Design in Wroclaw.