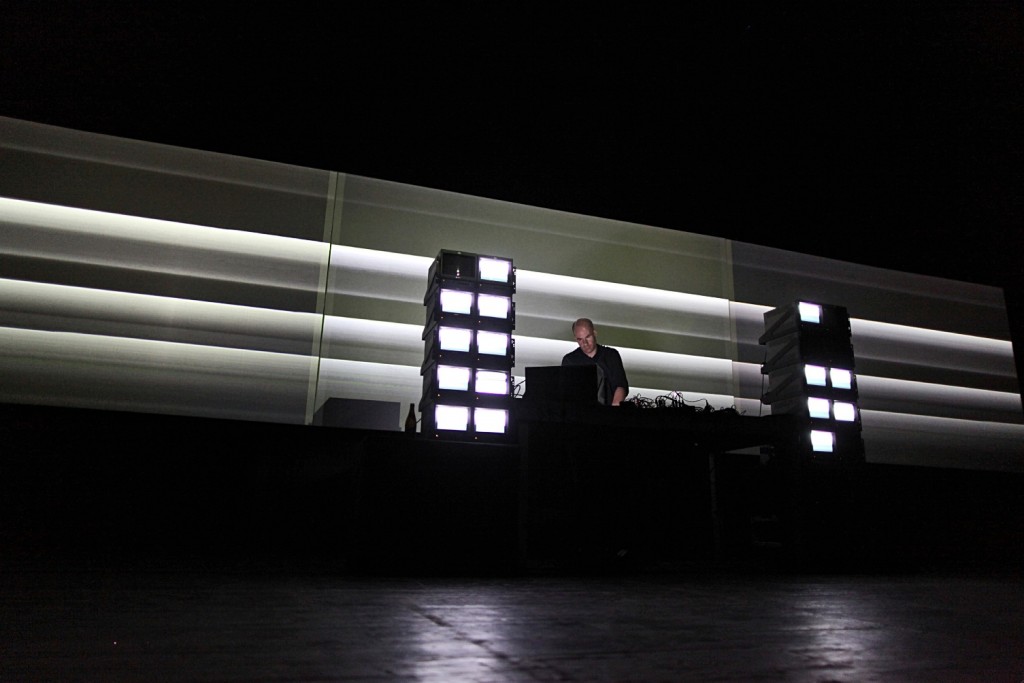 A noise performance, in which the sound and video is generated through short circuits the artist produces with his wet fingers on opened devices. The skin’s resistance and the conductance of the human body combined with the components of the circuits are modifying the sound. The audio signal that is audible through the speakers is sent to two tower of tube monitors which are visualizing the signal in flickering and abstract shapes and lines in black and white. The used devices, such as Walkmans, a Bontempi keyboard and a audio amplifier, are still useful in their original function. The title of the performance is the type designation of the devices and changes with the objects used.

Stefen Tiefengraber (AT), born 1981 in Baden. After working six years in a film production company he changed his main place of residence to Linz, where in 2010, he started studying Timebased and Interactive Media at University of Art and Design Linz. In 2012/13 he took part in an exchange program at the Korean National University of Arts in Seoul. Stefan Tiefengrabers art works go from performances to interactive installations to time based media like documentaries and experimental videos. This works have been exhibited at Ars Electronica Festival (Linz, Austria, 2014), O’NewWall Space (Seoul, Korea, 2013), Piksel Festival (Bergen, Norway, 2013). He was nominated to various awards: Prix Cube 2014, Issy-les-Moulineaux (2014), New Technological Art Award (Ghent, Belgium, 2014).