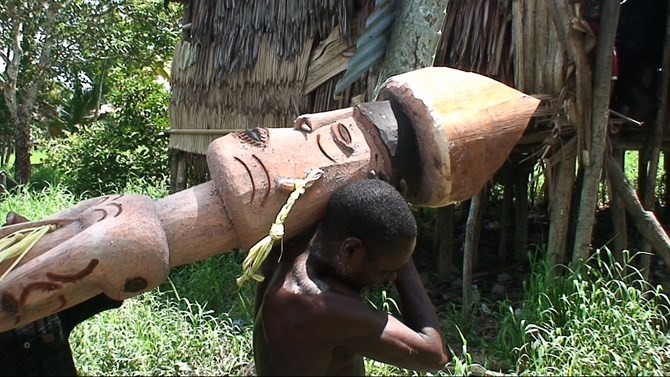 In the tropical rainforest Papuans create a large, traditional sculpture to commemorate a recently deceased family member, Omomá. The latter’s friend, the filmmaker, watches the ritual closely. At the same time, elsewhere, he becomes embroiled in a business conflict. A painful confrontation between two worlds with ‘the sculpture’ as the transgressive symbol of life on the one hand, and big money on the other.

Roy Villevoye (NL) had his art education at the Royal Academy in Amsterdam. Since 1992, Villevoye has been travelling regularly to West Papua in Indonesia and a lot of his films are based on contact with this culture.

Many of his video works are developed in collaboration with Jan Dietvorst.