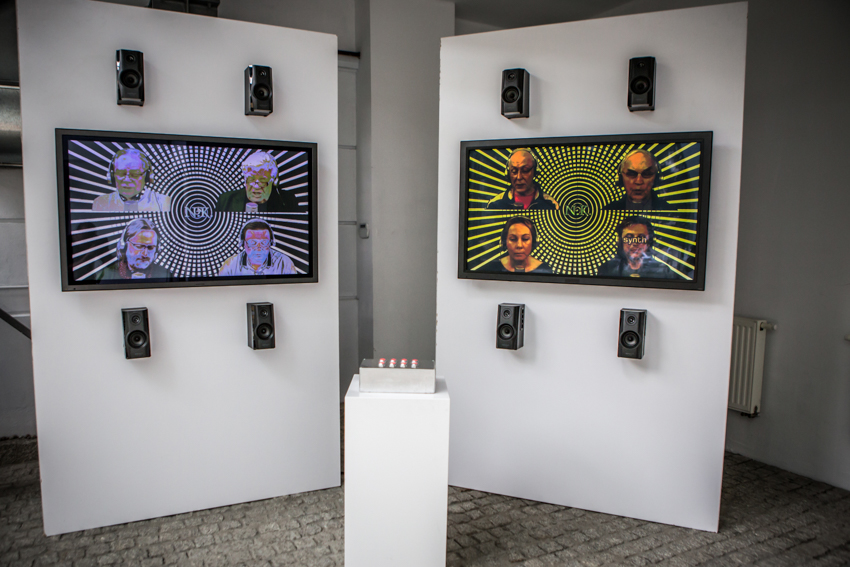 A multichannel video installation about hypocrisy of the mankind and the imbalance of the world. The title message is being read to the camera by several Polish voice-overs well known from television and film, who are usually hidden from the sight of the viewers. It is a video-monument of the Polish voice-over lectors. The message is a simple manifesto, the artist’s voice in regard to making the world a better place. The work asks a simple question: Why the world is not safe and peaceful and the humankind can’t be happy?

He received numerous film and music awards, i. e. for the remake of the first Polish feature film from 1907 and in the international composition competition organized as part of the John Cage’s Year celebrations. He also builds light-mechanical electro-installations.

He likes mountaineering and glacier climbing.