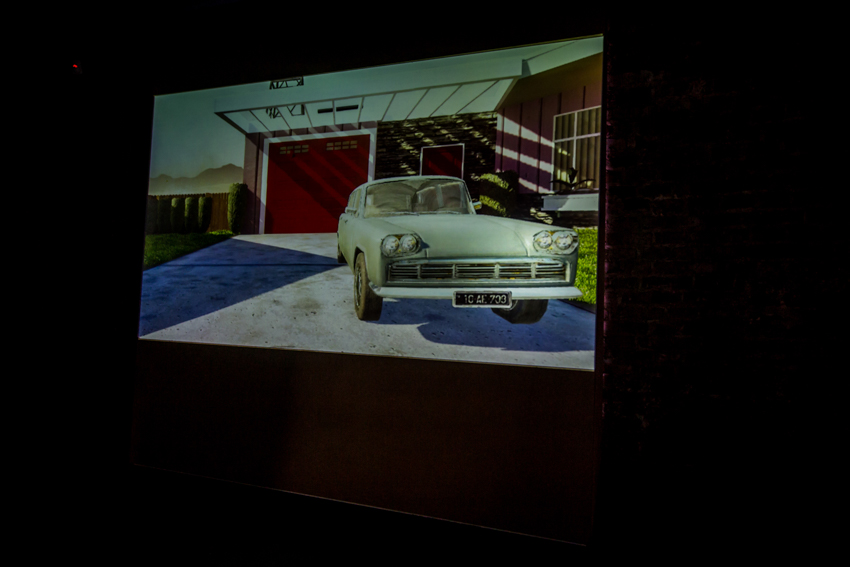 Evoking imagery and memories of the atomic age, The Plastic garden summons the ghost of a forgotten future, the grim fatality of a total nuclear war that held the world hostage half a century ago. Hacking and appropriating the popular video game Call of Duty: Black Ops (2010), The Plastic Garden revisited the dark vision and symbolism of the nuclear drama that seems on the one hand remotely archaic, but hauntingly close and familiar on the other. The restaged scenes, devoid of bloody shootouts, are equally if not more lethal and violent than in the original game. The Plastic Garden unravels a forgotten future that felt like an endless nightmare spinning loose, or else a collective death wish that comes to define the tragic essence of modern socio-political reality.

Yuk-Yiu Ip (HK) is an experimental filmmaker, media artist, art educator and independent curator from Hong Kong. His works, ranging from experimental films to live video performances and media installations, have been showcased extensively at international festivals including European Media Art Festival, New York Film Festival, the Image Festival, VideoBrasil, Transmediale and ISEA. He is a founder of the art.ware project, an independent curatorial initiative focusing on the promotion of new media art in Hong Kong. Ip has lectured extensively on film, video and media art. Currently he is Associate Professor at the School of Creative Media, City University of Hong Kong where his recent works explore real-time and computational forms of cinema.