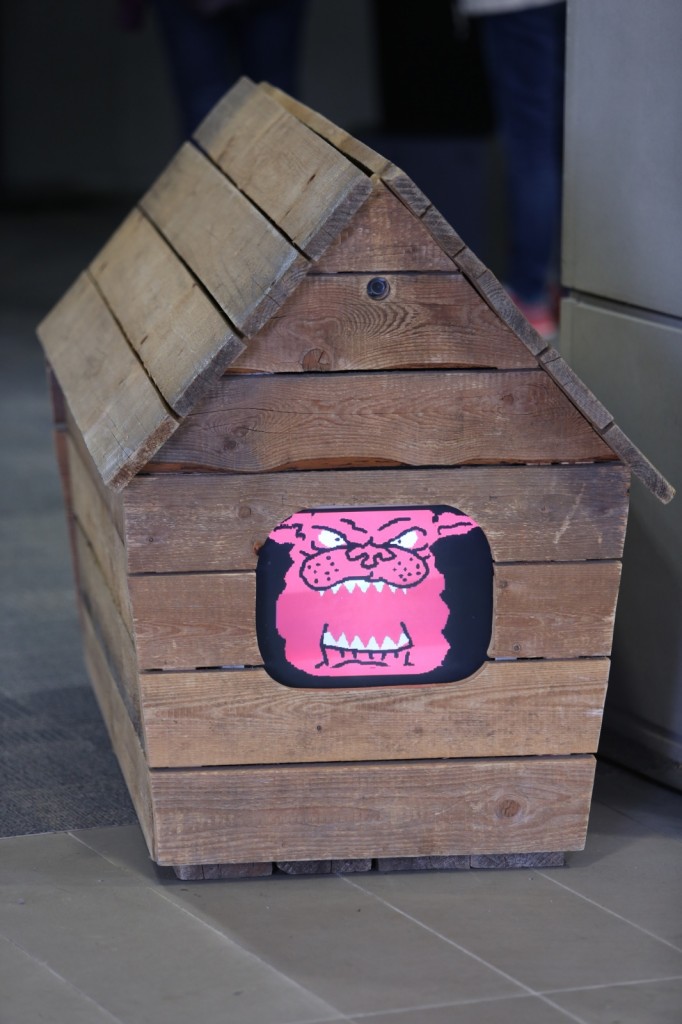 The Dog is an interactive installation for mobile devices that you can create yourself.

More about the Dog: wro2015.wrocenter.pl/site/pies/

Uneasy to classify, consisting of improvised sound, live programming, communication protocols, and hacking, his works were presented at many prestigious festivals, events and places devoted to contemporary art, including Ars Electronica, Transmediale, Centre Georges Pompidou and the International Media Art Biennale WRO in Wrocław, and won numerous prestigeous awards. His musical net-performance Ping Melody was awarded by the Tokyo University Haramachida in 2004 the netarts.org Grand Prize and gained a nomination for the Viper Festival in Basel. Within the framework of the European project, Moving Stories, he realized an interactive installation Oceanus, and a series of network performances EU_tracer within the framework of the Polish Presidency of the EU Council. These and other projects by Paweł Janicki were listed by the Society of Algorithm among the most crucial events in the development of the genre.

He has worked in cooperation with many artists, as well as the IT industry and educational institutions, including the media faculties of the leading Polish art schools, such as the Intermedia Faculty of the University of Arts in Poznań, Poland.

He currently directs the WRO Laboratory/innovation department at the WRO Art Center, Wrocław, Poland. His activities are focused primarily on web applications, as well as audio and sensory systems. He is co-author of theInteractive Playground exhibition, awarded by Poland’s biggest daily “Gazeta Wyborcza” with wARTo. He is also co-founder and longtime member of the well-known collective, Gameboyzz Orchestra Project, exploring lo-fi aesthetic.

Zbigniew Kupisz (PL), born 1956, co-founder and main producer of all the WRO Biennale (since 1989). Member of the Board of the WRO Foundation. Organizer and producer of WRO presentations in Poland and abroad, including those during the Polish Year in Austria (2002), Germany (2005/2006) and Great Britain (2010), as well as Lower Silesia-Alsace regional co-operation (2004-2009). Expert on culture management and the NGO sector.