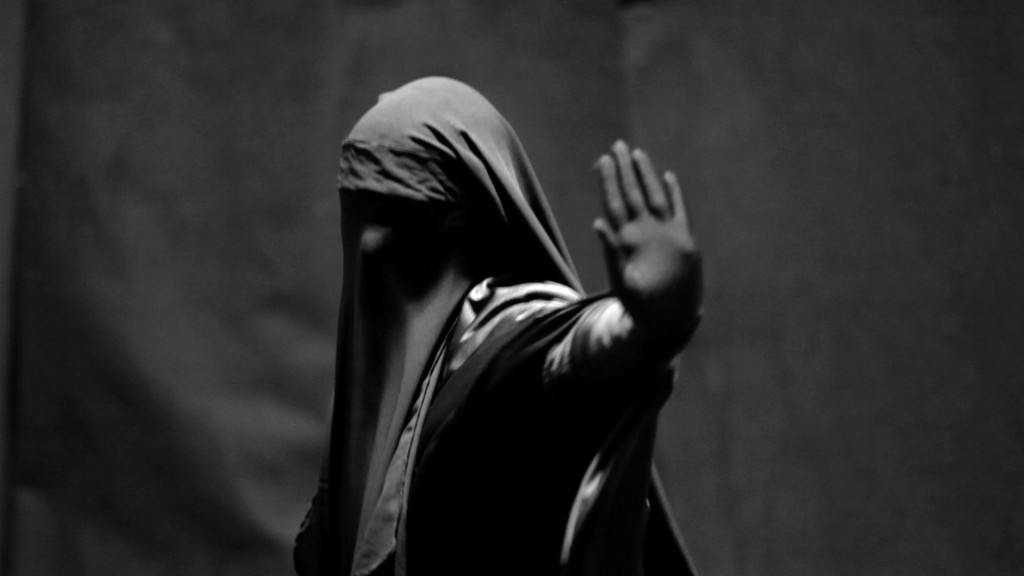 THAT HAS BEEN BOTHERING ME THE WHOLE TIME

The film can be seen as a utopian suggestion. What happens, if you let a woman in a Burka do a performance, which could never be allowed to show publicly. At the end the set up is getting brought back to reality. We don’t claim this to be a real woman in a Burka, it becomes clear, that this is only a representation. The dancer Silke Grabinger is a body, which interprets something and can never really constitute the fate of those women.

Arash T. Riahi (AT), born 1972 in Iran, lives in Vienna. He studied Filmtheory and the Arts. He has written, directed and edited award-winning documentaries, shorts, commercials and experimental films.