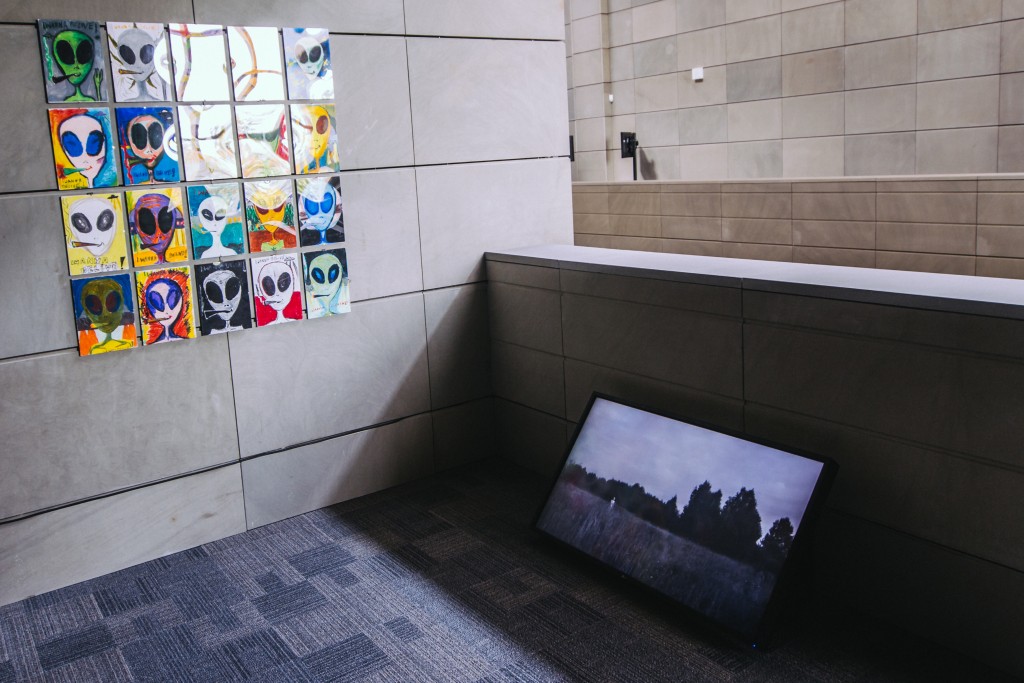 TAKE ME TO YOUR DEALER

The work comprises black and white video projection and a set of pastel drawings with an alien smoking weed. The video has been shot in the plains of Mazury and in Warsaw, close to the abandoned modernist building of a former Russian Embassy. The work is inspiered by the popular iconography of an alien with a joint from the 1990s, children’s fascination with paranormal phenomena, abandoned ideas and hanging around on the block.