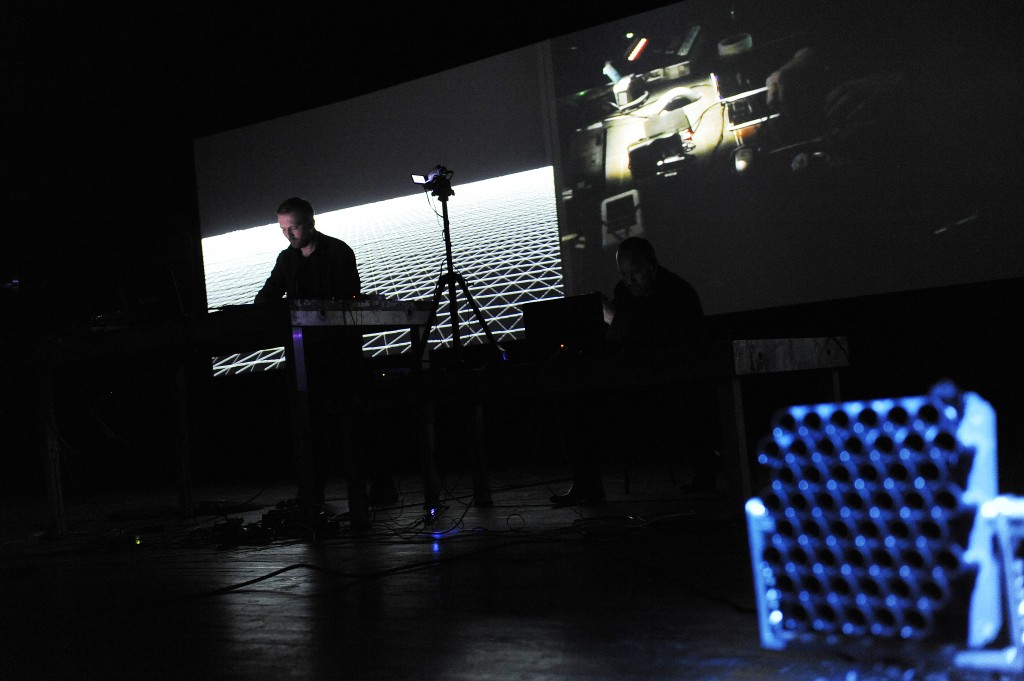 This collaborative project is a synergy between the core concepts of the artists combining ZENIAL’s electromagnetic field music and Donovan’s sound machines. ZENIAL’s electromagnetism is mixed live through two projected beams of sound while Donovan performs deep undercurrents of that act as a type of container or flux for the sound beams. The movement of the beams are aimed around the performance space via robotic tripods which in themselves are works of sound art. The artists both feel that this type of collaboration is important for new music and it provides a new platform for how sound is experienced and provides an opportunity to compose in this unique format of physicality.

Adam Donovan (AU), born 1974, is a hybrid media artist whose work combines the highly specialised field of scientific acoustics with the visual arts. Donovan has been researching developing focused acoustics since 1996 drawing on scientific research in this area to create hybrid interactive sound installations and performances. Donovan has collaborated on sound art projects since the mid 90s both with musicians composers and scientists. Donovan’s sound works use various crafted physical instruments that focus and shape sound, incorporating compositions based on the memory of machines. These machines take aspects of acoustic physics phenomena and amplify them in a way that the audience typically has never experienced. Adam Donovan lives and works in Vienna.

Łukasz Szałankiewicz, a.k.a. ZENIAL (PL), born 1978, is a sound artist and electronic music performer, member of the Polish Society for Electroacustic Music (PSeME). In his work Szałankiewicz focuses on musical explorations, audiovisual performances and interactive installations. One of these, Dzwiękoświsty, was presented during the Little Warsaw Autumn (as part of Warsaw Autumn Festival) to high critical acclaim. He has extensively contributed to the organisation of several festivals. He’s also a co-founder of Audiotong label/platform. Releasing as Zenial (and formerly as Palsecam) he also co-creates the project AABZU with Maciej Szymczuk and contributes to the project Dizzy Kinetics with Marek Chołoniewski. He performed at many festivals, as well as in many art centers in Poland and abroad.