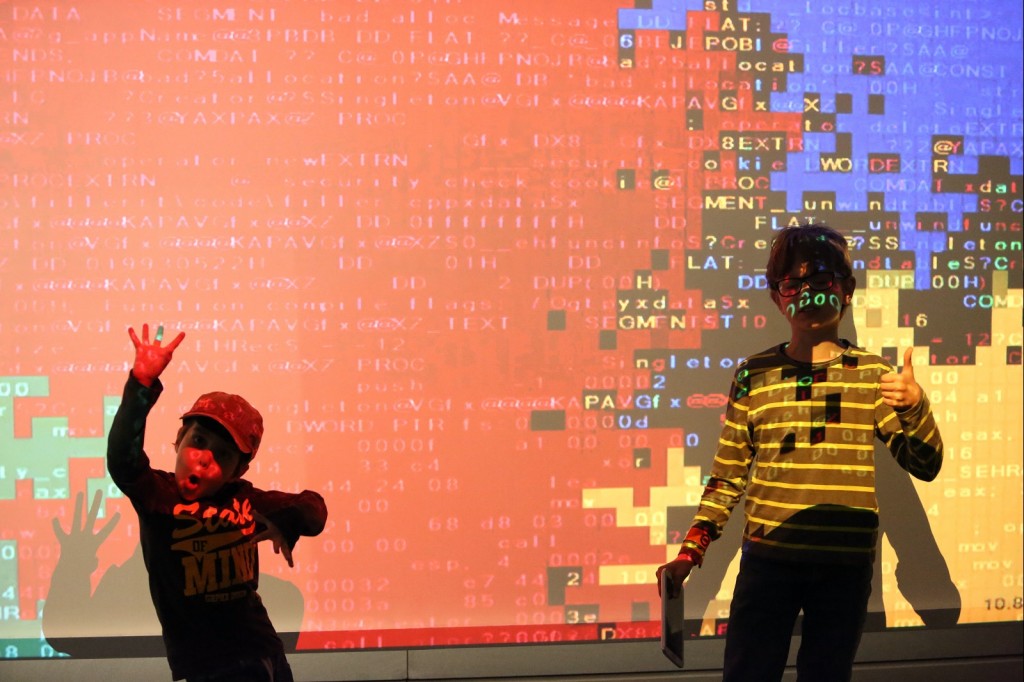 Firmly rooted in the art and science connection, Olga Kisseleva does not hesitate to work as part of a team or to involve specialists; scientists, sociologists or linguists in the development of her projects. In November 2013, she was invited with Elena Kovylina and Blue Noses to present a performance as part of an exhibition on the history of Russian Art, The Red Cavalry: Creation and Power in Soviet Russia at the Casa Encendida, in Madrid. There, the curatorial focused was on Soviet artistic currents and the artists’ relation to power in the 1920s to 1960.

In this context Olga Kisseleva created Power Struggle, a live battle between four anti-viruses commented by an actor using the tone of a live football game report, a family altercation or a political confrontation.

Each one tries to destroy the other three, eradicating everything in the computer until there is only one left. A beautiful metaphor for the struggle for power currently taking place between politicians, as unproductive as it is dangerous.

The fight becomes visible to the spectators thanks to lines of code racing on the screen. In order to enable them to monitor the progress of the fight and visualize the strategies of the protagonists, she has had a specific program developed that assigns a colour to each anti-virus, red, green, blue and yellow, in reference to the Malevich painting. Four colours representing political parties, but also symbolic of dogmatic texts.

Not being sure if she will be able to improve the world, the artist highlights with humour and mockery its paradoxical twists, thus attempting to raise our level of consciousness.

Olga Kisseleva (FR), was born in Saint-Petersburg, Russia. Graduated from the Institute of Industrial Art, she continued her studies at the Ph.D at the Hermitage Museum and also studied mathematics and physics at the Leningrad State University. In the early 1990s she studied at the Columbia University in New York, focusing on video art and multi-media, defending her Ph.D. dissertation on the topic of video and computer art. After receiving a Fulbright grant in 2000, she became a part of a team of creators working on the development of numerical technologies in the United States. Since 2007 Kisseleva is Head of Art and Science Department of Sorbonne. She is also an editor of Plastic Art& Science Magazine at Editions de la Sorbonne.