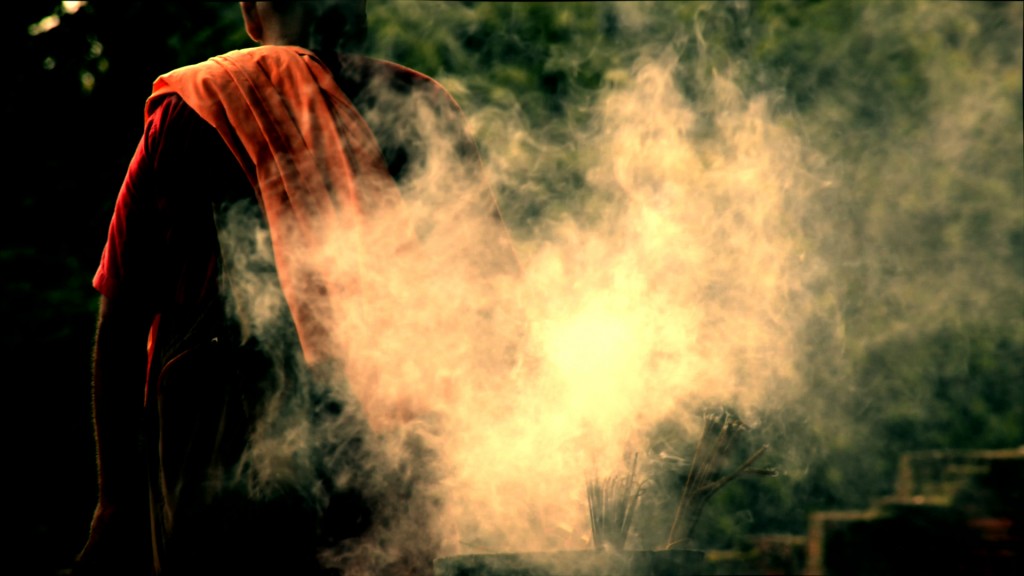 This work is based on an attempt to psychologically document my routine but unconscious line of questioning as to if I were a nonbeliever. At one of the holiest places in the world, the birthplace of the Buddha, Rumbini in Nepal, I find apathy in the tension between my perception of the religion and culturally ingrained responses to my psychological state. I became aware of the ephemeralness. While they were doing what they have to do, I only gazed them. I only can see what I known. I only can see this much at this time. In the eyes of dog, he only can see another dog. Maybe I was a dog.