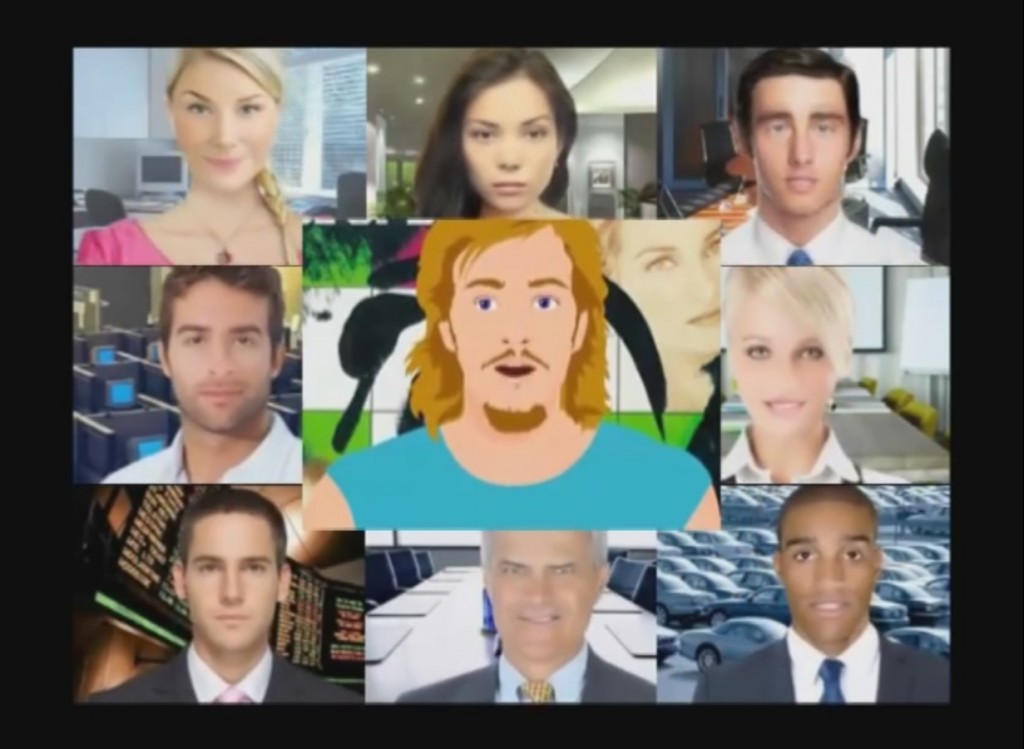 Avatars just like people get jobless too, many of these speaking characters, virtual representatives and our alter egos are patiently waiting for someone to employ them, waiting until they either get a job or get outdated and trashed. Sedlaček took few of these text to speech avatars and used them to tell the truth behind searching for a job, the truth behind the job applications. What do we do when applying for a job? We tell little lies about ourselves to fit in to the high requirements of the applications. We usually say all the best we can think about ourselves to get it. Our job applications are a sort of lying interfaces.

Sašo Sedlaček (SI), born 1974, is an artist whose primary interest seems to be things that people overlook and the ways in which they can be made useful once again. His work is generally defined by theories of disposal and the use and reuse of cheap technologies and waste materials. His practical and humorous works result from a subversive recycling of scientific, legal, or technological facts and employing DIY (do-it-yourself) and collaborative methods. Sedlaček has participated in numerous solo and group shows, including at the Secession in Vienna, the Sixth Taipei Biennial, the Museum of Modern Art in Ljubljana, the Ludwig Museum in Budapest, the October Saloon in Belgrade, Ars Electronica in Linz, Transmediale 2014 in Berlin and the Museumsquartier (MUMOK, Freiraum) in Vienna.