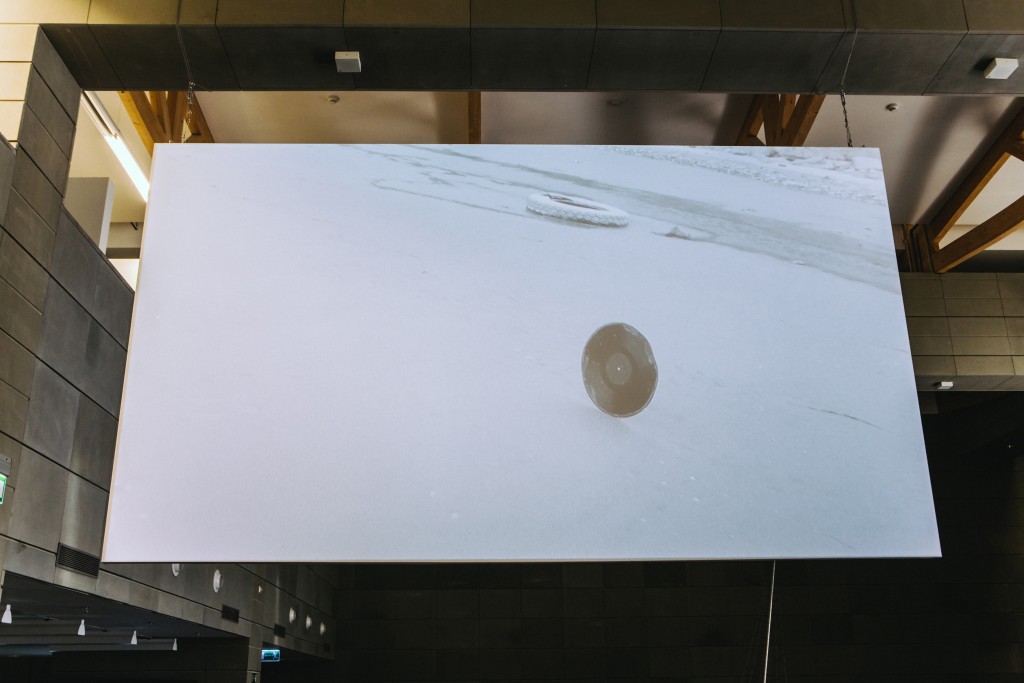 An old vinyl disc rolls alongshore without any apparent external force. The object which we are so used to see in the cosy interiors of our houses and on the shelves of music shops, which was so cautiously protected from dust and scratches, reveals its new qualities when it touches sea sand and pebbles. This film has no natural sounds or music, but we are trying to imagine what music was recorded on this disc and what sound accompanied its cutting a groove on the sand. This faithfully documented event looks like animation.

Natalia Basova (RU), born 1978, a photographer and a media artist. Her most notable projects are, among others, “Views of the city of the world from a height of 1 m 75 cm” (Experiment Gallery, Rostov-on-Don, Russia, 2002), “Untitled” (Experiment Gallery, Rostov-on-Don, Russia, 2004), “Digital sandglass” (Tramuntana Festival, Cadaqués, Spain, 2008), “Action Planning 2010″ #1 (Angle art contemporain Gallery, Saint-Paul-Trois-Chateaux, France) and “Action Planning 2010″ #2 (Winzavod contemporary art center, Moscow, Russia), as well as at various screenings in Russia and the UK. She has participated in collective exhibitions and festivals of art photography in Russia, such as the Festival of Street Photography (Moscow, Russia, 2015). Her works are found in private collection in Russia, Canada and US.