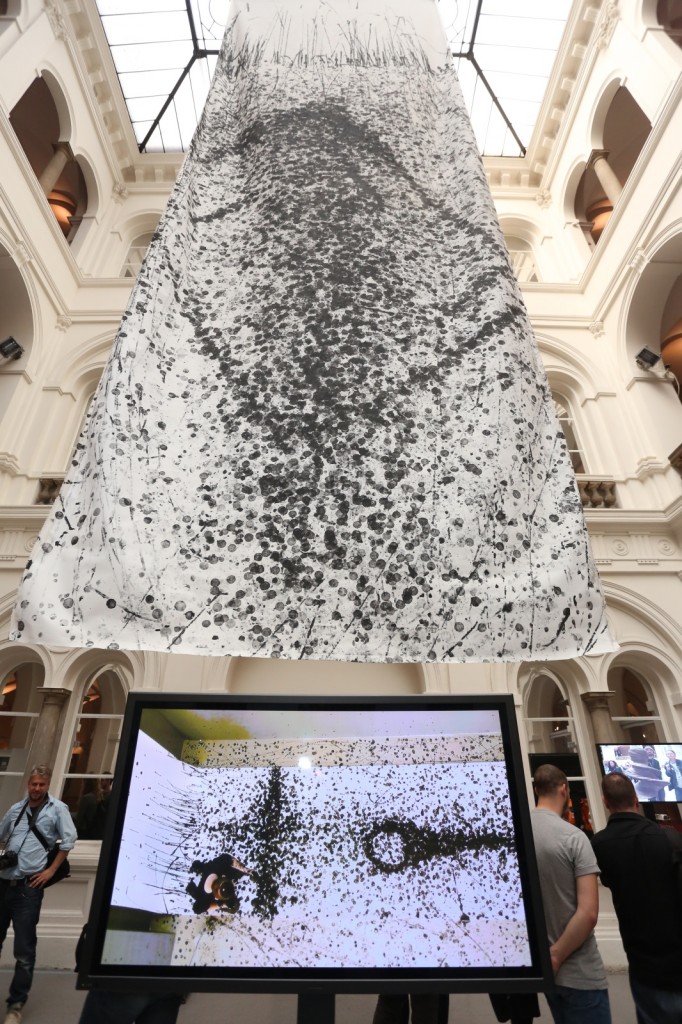 The work serves as a tribute to the representatives of the 20th-century abstract expressionism. It attempts to coherently combine a narrowly understood “high art” with extremely exacting circus art. Spontaneity – or even the subconsciousness of the act of creation – becomes for the artist a meditation, devoid of references to time; the existence of strictly “here and now”, when being at the same time in permanent contact with the audience. The duration of the performance depends upon the viewer themself and is the result of the artist’s personal inspirations.

Kuba Borkowicz (PL), born 1989 in Poznan. Studies in the Department of Intermedia at the University of Arts in Poznan. He works with video, painting, performance and photography. In his works, he deals with infinity and randomness and explores the relationship of art in public space. He is an active participant and a winner of many independent film festivals, and a member of the Young People’s Jury of the Ale Kino! Film Festival. He was responsible for the video design of the Pack Design Fair in Milan (2013). Individually, he made ​​his debut in 2013 with the exhibition “Tamed” in the Kolektyw 1a in Poznan.