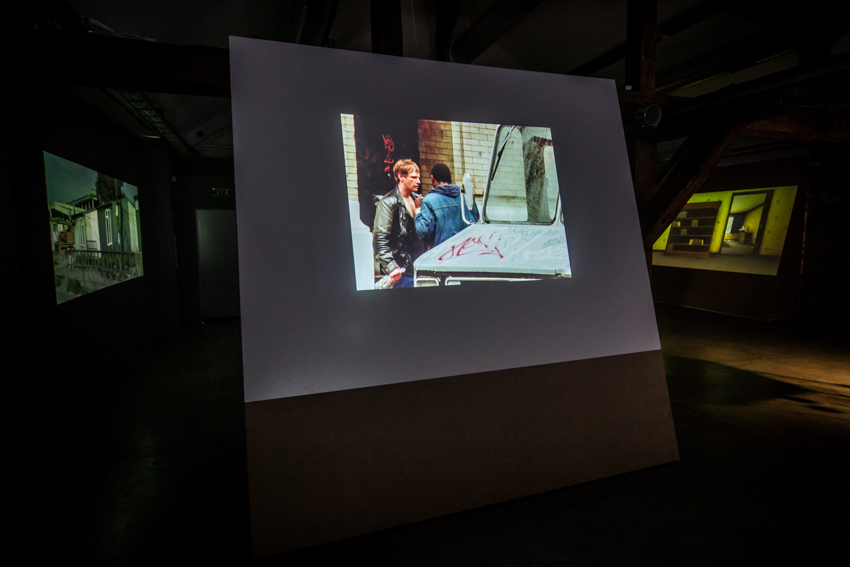 The work has been presented as part of the screening program no. 6.

Homeless New York 1990 is a digitalized recut of two associated 16mm films, Black/White, that were made in 1990.

Homeless thematizes the poverty that had become visible in American cities – New York in particular – in the 1980s, which affected primarily African-Americans. The dismantling of the social safety net according to the dictates of neoliberalism resulted in dangerous levels of homelessness, drug dealing and crime, and required answers other than exclusion on the basis of fear and looking the other away out of a feeling of powerlessness.

The 2013 recut of Black/White points to the issue’s continuing urgency: Because former “problem areas” such as Harlem now shine in the supposed gleam of gentrification, what’s required is “discussion of the situation to end exclusion of the poor, which reduces them to non-existence in the public mind.” (Hans Scheugl)

At the same time, Homeless — just like the original material — is also a metafilm that comments on the making of documentaries, and Scheugl’s background as a formal filmmaker plays a significant role. In an extremely long tracking shot around Tompkins Square Park, for example, where the homeless gather and spend a great deal of time, the focus is not individuals and who’s standing in the soup line makes no difference. The park is dealt with simply as a space. The continuous movement says something about the place’s function, which amounts to more than merely the information that homeless can be found here. The manner in which people move around one another is reflected by the circling, voyeuristic camera. The location is made tangible as a result. “The stranger’s gaze, which appropriates an image, represents an assault on what is sometimes someone’s last possession” is how the voiceover commentary problematizes the active visual, documentary theft. Film as a controversy.

Hans Scheugl (AT), born 1940, is a prominent Austrian artist and filmmaker. He studied at the filmschool in Vienna (1961-63) and made an apprenticeship at the Cinémathèque in Paris (1964). He has published articles on film together with Ernst Schmidt jr. and Peter Weibel in such periodicals as Caligari and Film between 1964 and 1969. First public screening of his films took place in 1967. He participated in the Fourth Experimental Film Festival in Knokke in 1967/68. Together with Schmidt jr., Weibel, Valie Export, Kurt Kren and Gottfried Schlemmer he co-founded the Austria Filmmakers Cooperative in 1968.