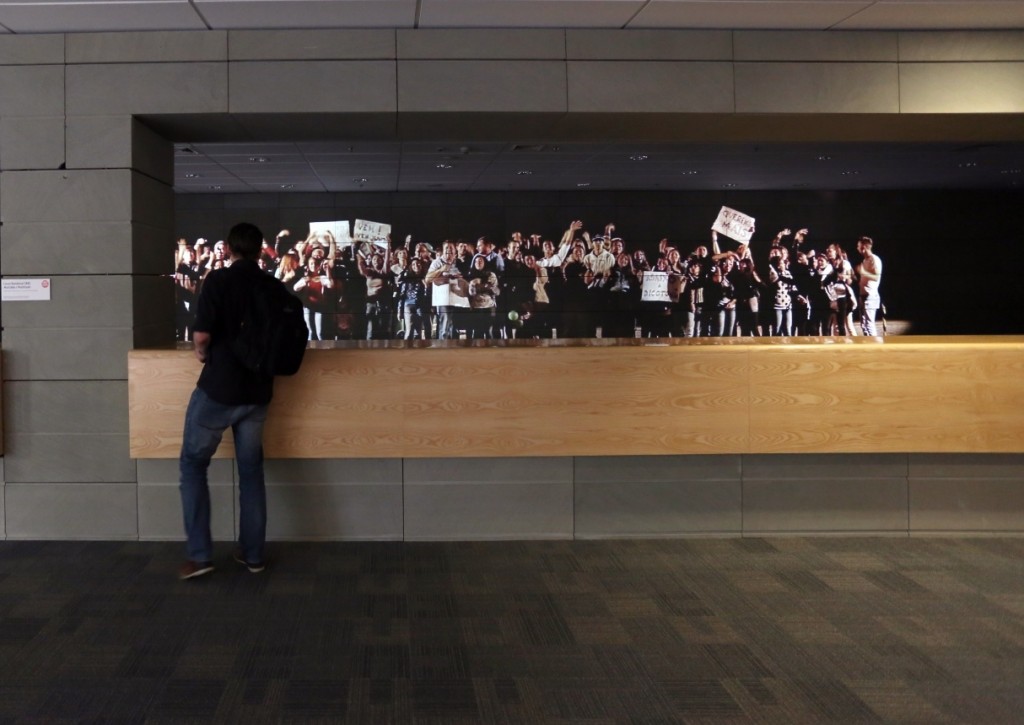 Multitudes deals with fear related to the unknown and the rise and fall of the sense of collectivity. The site- and context-related project for large screens depicts the conflict between high and low culture, the individual versus the collective and offers an insight into the individual’s condition as interactor in the field of art and technology.

Lucas Bambozzi (BR), born 1965, a multimedia artist and an experimentator. His works are constituted by pieces dealing with media in a wide variety of formats, such as installations, single channel videos, short films and interactive projects. His works have been shown in solo and collective exhibitions in more than 40 countries often collecting relevant awards and prizes, among others for Mobile Crash (Ars Electronica, 2010) and Labmovel (Ars Electronica, 2013). He is the creator of Multitude Project – a series of contemporary art exhibitions focusing artworks in confluence with the clash with the term “multitude” and one of the initiators and curators of the arte.mov – a project organized within the International Mobile Media Art Festival (2006-2012).