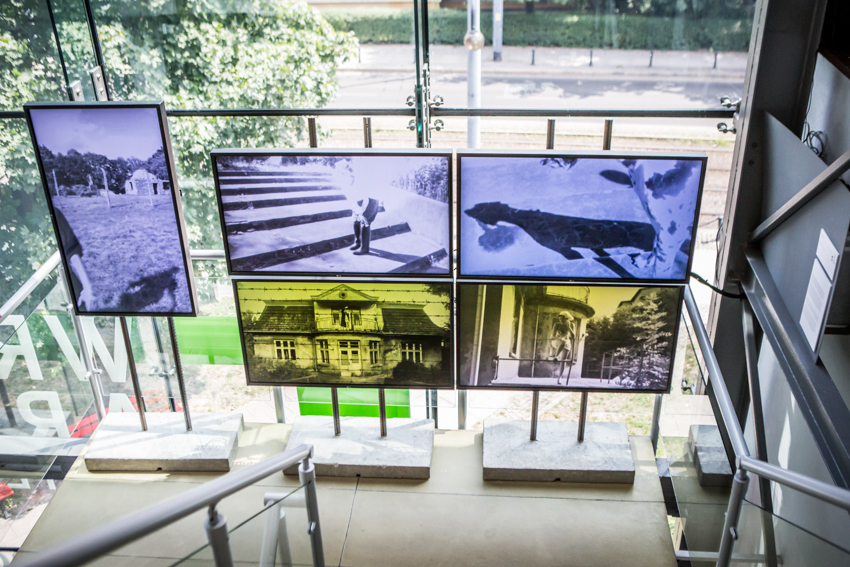 Moving of the installation from the Biennale WRO 2015 exhibition in the University Library.

Installation composed of blurred images reconstructed from original photographs owned by mistress of Kraków concentration camp commander. Artist dresses up as Ruth. She recreates images setting up an anxious and quaint history of a woman who tried to lead a carefree life in the centre of hell and alongside a murderer.

Agata Kus (PL), born 1987 in Krosno. Graduate and doctoral (PhD) student of the Academy of Fine Arts in Krakow (MFA in Leszek Misiak’s studio, 2012). She works as an assistant in Paulina Olowska’s private studio. She mostly works with painting, drawing, performance and video. Laureate of many awards and scholarships. Her works were shown during many exhibitions and fairs in Poland and abroad, among others: MOCAK (Krakow, 2014), WRO Media Art Biennale (Wroclaw, 2013), Atelier Richelieu (Paris, 2013), Zderzak Gallery (Krakow, 2013, 2012, 2011), Sandhofer Galerie (Innsbruck–Salzburg, 2012).