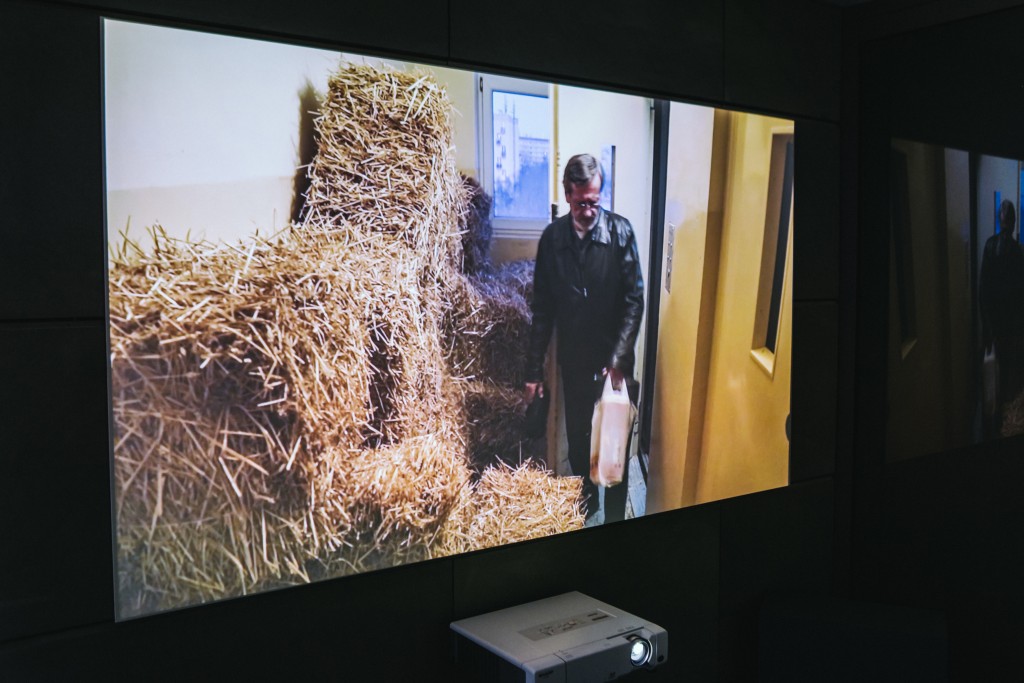 A simple gesture of filling an apartment with straw, a calm sound of silence, coping with the space that sets the individual rhythm of life. An impenetrable, precise and monotonous action results in a form that cannot be forced easily. The organic matter of the straw is collided with the non-organic matter of a massive slab. The apartment eventually becomes over-impenetrable and over-isolated, stretched. The material is permeable to air, and through opening all the openings in the walls a three-dimensional area breathes, energy regulation transpires. All the elements of everyday use became frozen (or strawed?), the ergonomics of the place blocked, and a private space turned public, susceptible to public discussion. A small intervention disturbed the rhythm and harmony, not only the visual, coming from the repetitiveness of rhythms of a ten-storey apartment building from the 60s, but the community of the building as well. Fredro’s “Wolnoć Tomku w swoim domku” (Do as you please in your own home) didn’t apply in the local context. The question is, does it apply globally? After carrying out the project it turned out that the apartment was once occupied by a woman hoarding things up to her ceiling.

Anna Jochymek (PL), born 1988 in Rybnik. A daughter of a soldier and a physiatrist. In 2011, she graduated in Photography from the Univeristy of Arts in Poznan, and in 2013 from the Media Art and Scenography Department, Academy of Fine Arts in Warsaw (in Mirosław Bałka’s Studio of Spatial Activities). She took part in many group exhibitions, among others in Our Monster in Seoul (2014), Arsenale di Venezia in Venice (2014), MOCAK in Krakow (2013), Centrum för fotografi in Stockholm (2012), Performance Space in London (2012).