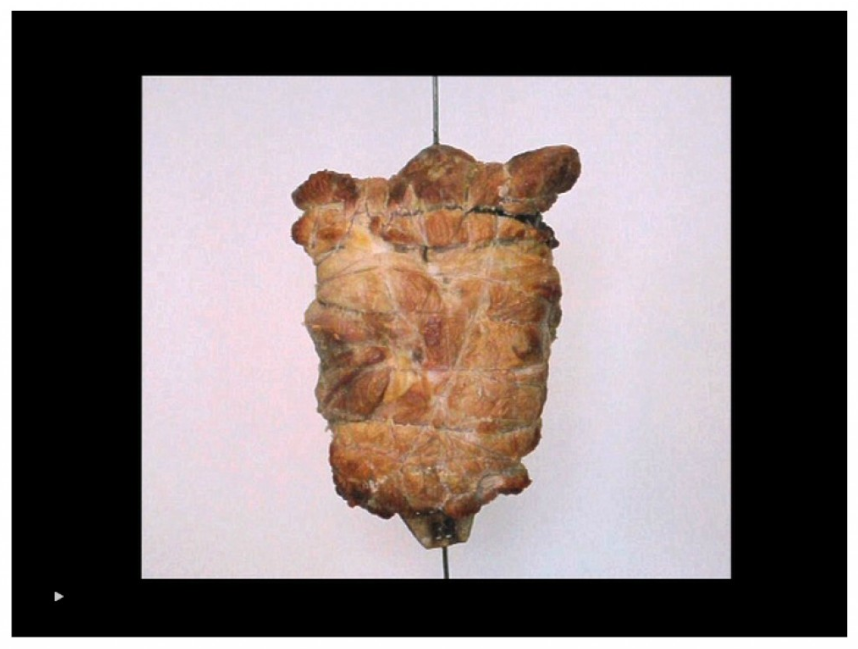 The video is part of the series entitled History lessons, where 10 bibelot-statuettes’ faces are covered with small amounts of food. The project’s aim is the quest for the relationship between history as a collective memory and history as an everyday cultural experience. What is also in question is the role of contemporary mass culture in the process of turning imaginary into collective memory of each historical event. This research is made ​​by combining two elements that have risen out of modern urban mass culture. An object of questionable aesthetics, the bibelot, which reflects unique national, historical, religious and social figures and events and an everyday good, food, which is a distinctive element of any collective identity and represents every culture and its historical evolution. This project is trying to establish a dialogue between the culture of glorification of a mythologized past and the contemporary consumerist and multinational reality of everyday life. History, memory, food: their combination tries to interpret the process with which modern mass culture transforms collective imaginary into national and collective identity.

Meliti Kontogiorgi (GR), born 1978 in Athens, Greece and since 2003 she lives and works in Paris, France. She works mostly with photography, video, mixed media installation and performance. She studied sociology in Athens (BA Sociology, 2003) and Paris photography (MA Photography and Multimedia, 2007) and cinema (BA Cinema and Audiovisual Studies, 2005) in Paris. Since 2006 her work is shown in group exhibitions in galleries, cultural venues and art festivals in France, Greece and the United States and has been invited to produce two solo shows in Greece (2011) and in the USA (2014).