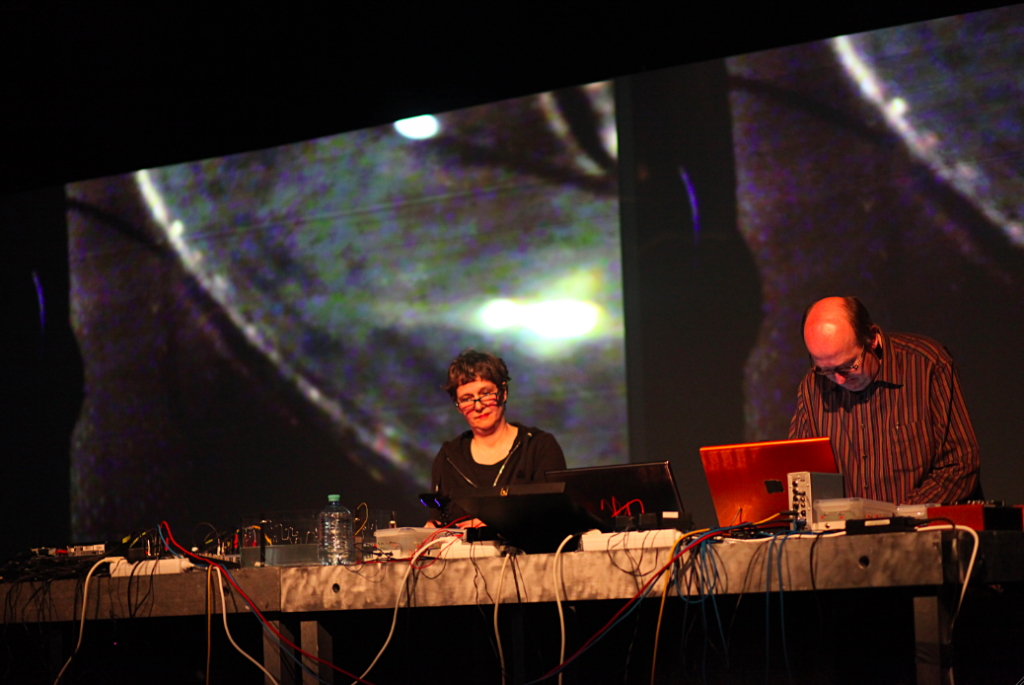 In 2012 artist group wechselstrom created a tool, which makes it possibile to control electronic sounds within the dispositive of preselected sequencer and/or synthesizer setups in a very fast, dizzy, sophisticated and sometimes chaotic way. The control medium, which builds the main factor in this equipment consists of water! The tool makes it possibile to control elecronic music in a directly way by grabbing into elecric current with both hands. The aim of this development was to make the change of the sound parameters available in form of a physically experience; to give the player a resistor / a weight into his hand, which makes it possible, to react in a more immediate and body conscious way to changes in sound – more possible, than classic controllers and interfaces like buttons, faders, rotary potentiometers, touch screens can do.

wechselstrom is the label of Renate Pittroff (DE) and Christoph Theiler (DE). Based in Vienna,  they run an offspace, which is a room for exhibitions, media activism and all art forms on the fringe of culture.

Their recent and most important works include, among others, the media opera Re-Entry (Oldenburg, 2010), the Tracker Dog, an application to follow your dog and track the route with GPS-System (2008) or Community Game, a tool for distributing gouverment grants using a mixed system of democratic voting and randomized control (2006).