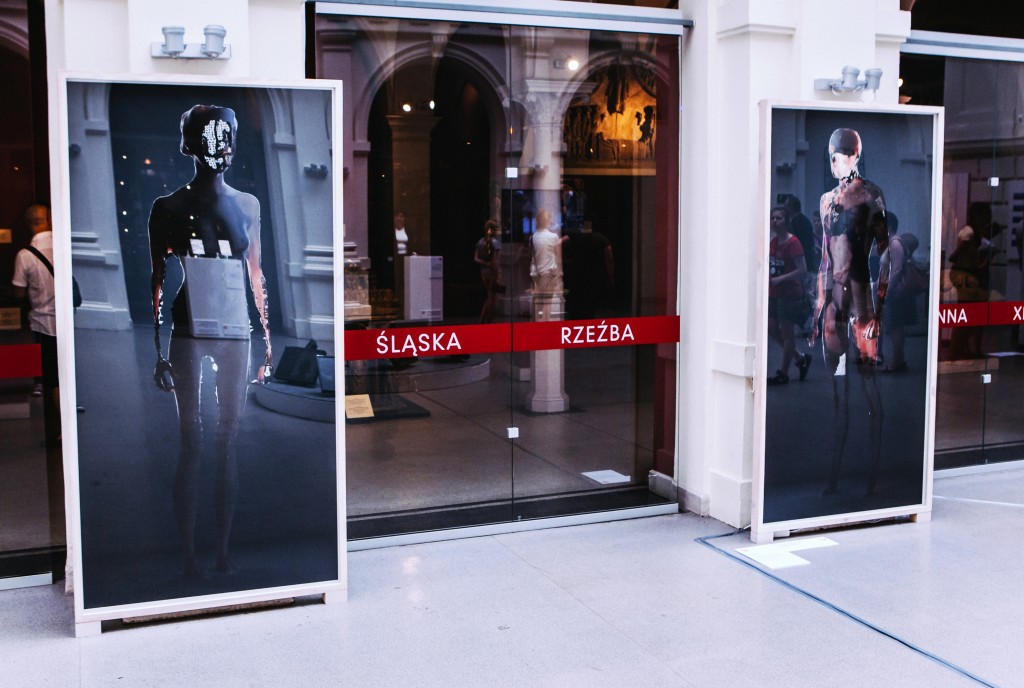 A photo diptych showing full-body portraits, created through a method of three-dimensional scanning of a woman’s and a man’s body. The structure of the model’s skin has been swapped, leading to displacements of the surface and deformations. Every visible change is thus an effect of influence of two bodies on one another. In three-dimensional graphics a “displacement” is a kind of object modeling through applying textures on them. The shape of the model changes depending on the colour information noted in greyscale, where perfect black (0 value) is a cavity and perfect white (255 value) is a bulge.

Maciej Rudzin (PL), born 1990 in Koszalin. Graduated in Intermedia from the University of Arts in Poznan, where – in 2014 – he received his bachelor’s degree in Leszek Knaflewski’s studio. An animation-maker, a filmmaker, a photographer and sound installation artist. Leader of musical and performative projects seeking the boundary between reality and a digital generated world. His works were shown, among others, in: Galeria Nowa in Poznan (“Polygon”, 2014). He received the Best Polish Artist Prize during the Mediations Biennale in 2012 and a scholarship from the Ministry of Culture and Heritage.