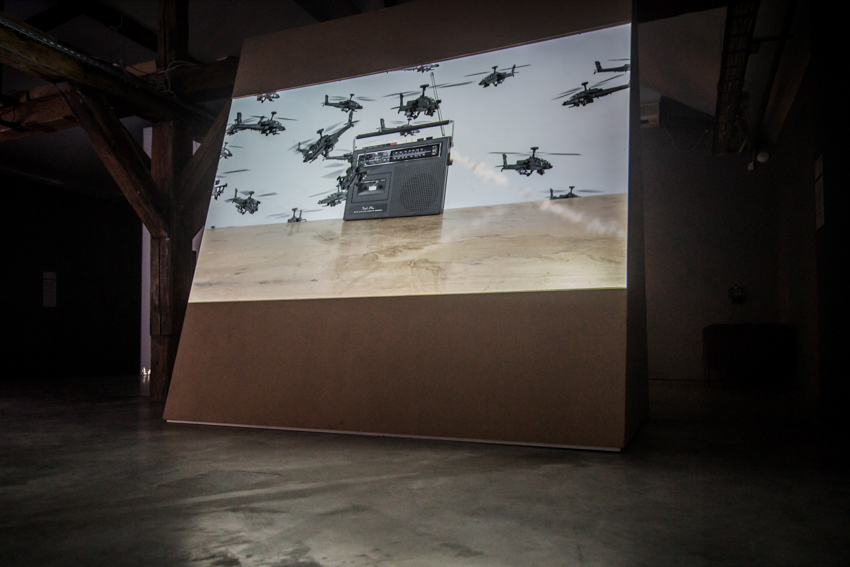 The work has been presented as part of the screening program no. 8.

War is waged on the kitchen table while a man drinks coffee. The world’s on fire. Helicopters shred his newspaper, a drone fires at a plate of broccoli. Démontable is a playful film on the absurd relationship between the daily life and the global news.

Douwe Dijkstra (NL), video artist and filmmaker. He works with different media, ranging from music videos and short films to video installations and theatre. Together with Jules van Hulst and Coen Huisman, he founded 33⅓ Collective. He is also the co-founder of Festina Lente Collective, a creative Amsterdam based network/agency, where he works.