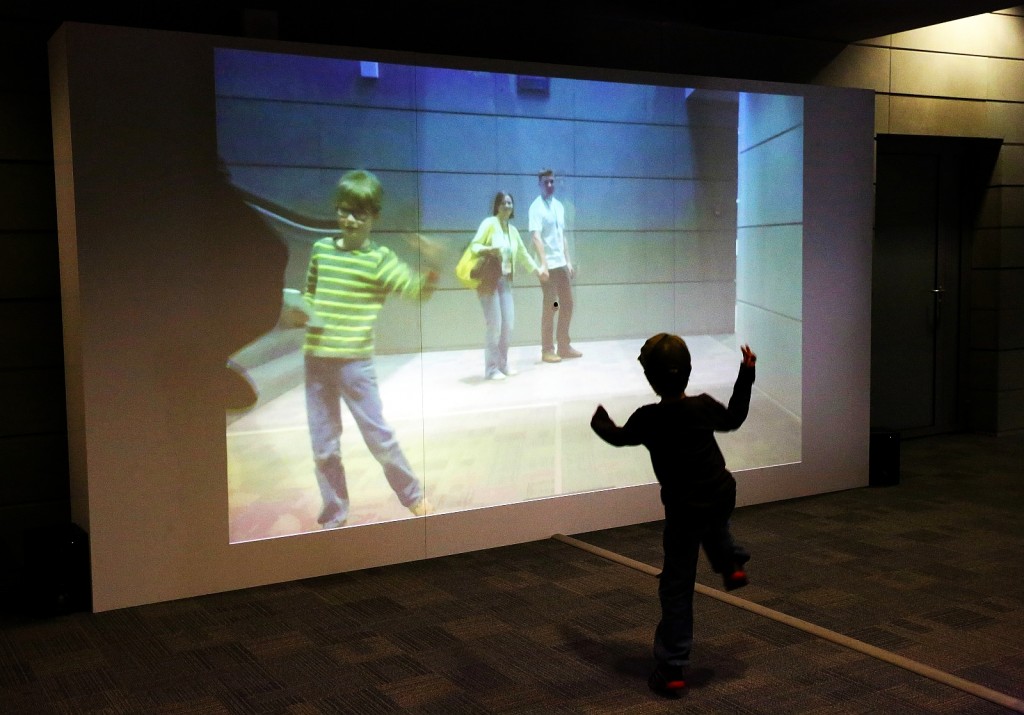 An interactive video and sound installation that generates dance motion from audience’s simple actions in front of the camera. The recorded movie is played back on the big screen, its direction and speed are altered to corresponding beats and melodies. All actions of the audience are turned into dancing motion regardless if they are conscious or not.

Seiichiro Matsumura (JP), a composer, sound and interaction designer, studied at Royal Conservatory The Hague and at Tokyo University with the research of sound installation. Matsumura bridges media art and experimental music. Through exhibitions of interactive installations and live performances, he has been pursuing both the creativity for non-musical trained people and the creative use of laptop and custom-made software systems. His interactive installation have been exhibited regularly in several museums in Japan and two of his recent pieces “When did you look up the sky last time?” and “Dancing Mirror” were awarded honorary mention prizes of Asia Digital Art Grand Prix 2012 and 2013.