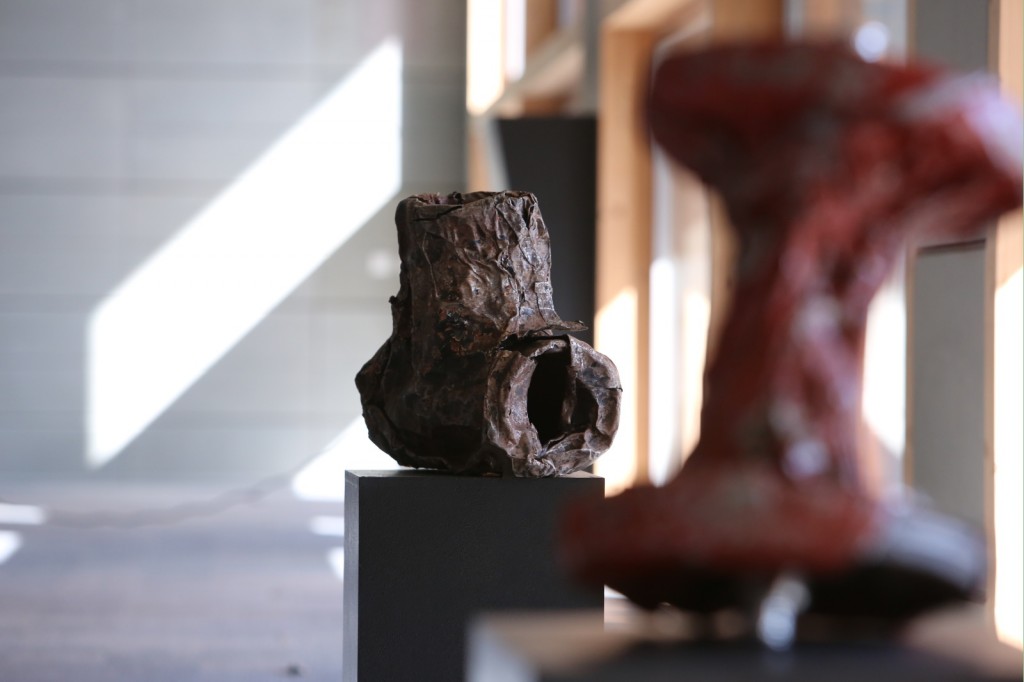 Compression is aimed at generalization, compression and densification. It makes the object, that is locked in a barrel, look like a complex sculptural form resembling a bust. By continuous, long-term process of knocking the T-connector with a hammer, the original form is overbuilt by the tin shell. The twelve-hour action was to fatigue both the material and the author. The rhythmic, repetitive work processes a simple geometric construction of the hydraulic element into an aesthetic, but at the same time deprived of the utility function, object.

Adrian Kolarczyk (PL), born 1990 in Skawina. Graduated in Film Studies from the Jagiellonian University in Krakow. In 2012, he began his studies at the Intermedia Department at the Academy of Fine Art in Krakow, where he moved to Poznan from to study Intermedia at the University of Arts. He works with sound installations, sculptures, photography and space. He took part in group exhibitions “Schoolmates” (Kolektyw 1a, Poznan, 2014) and “Barbarzyńcy” (Małopolska Garden of Art, Krakow, 2013).