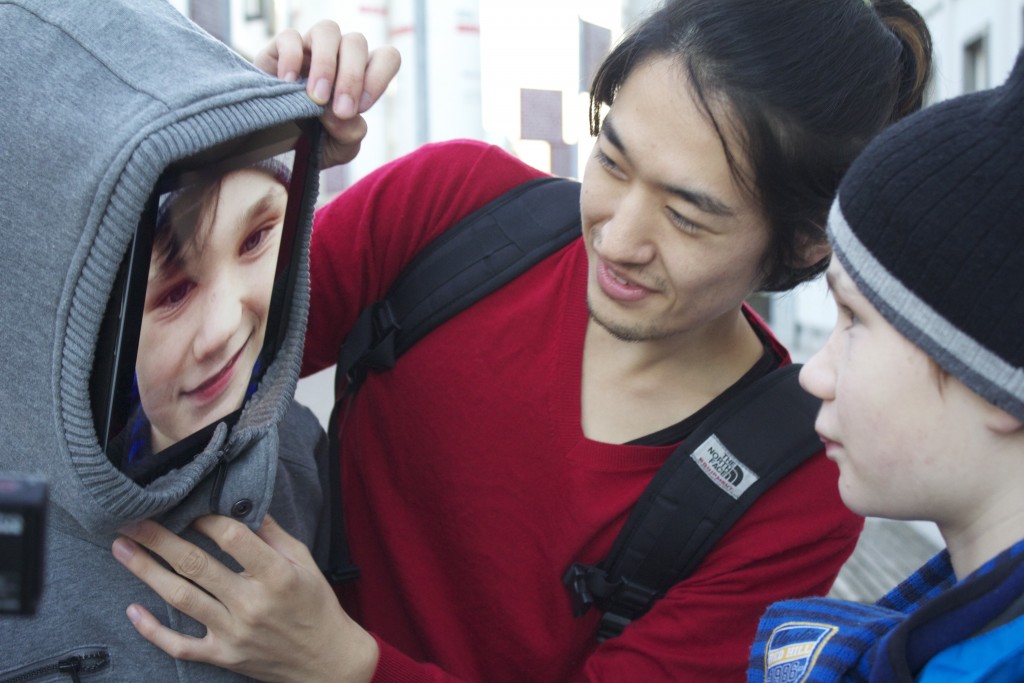 Three performers wearing iPads on their faces photograph with these devices faces of the people on the streets and display them on the screen. Photographed people give their faces to the performers who replace them as soon as they take another photograph of someone else’s face. The iPad is the icon of the Internet, a communication space in which we can appear and express ourselves anonymously. Yamada Taro is the Japanese John Smith, the most polpular and at the same time the anonymous name.